After a 12-month hiatus from publishing, we are excited to announce the return of The Rant Foundry to our readers and the world at large. 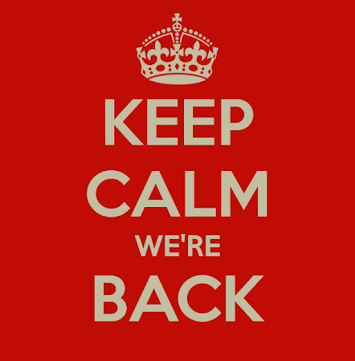 We didn’t, however, take a break from writing and research. Many events of a geopolitical nature have taken place in the last year, and reporting on these events and the impact they have on the lives of ordinary people around the world remains as imperative as ever.

As more important political and social events take place in and arond the world of cyberspace, we believe it is critical to cut through corporate, technical, and political spin to examine as best we can the reality.

As Russia, Iran, China and other rising threats to the Western global hegemon come under further political, economic and even digital sanctions and attacks, we find ourselves in a new Cold War, with the spectre of nuclear war and global internet hacking that could both spell disaster for much of the world’s population, it is clear we in the West have a responsibility to stand for the truth, and place ourselves on the right side of history.

It now seems that major breaches of what is supposed to be secure, privately held information are rarely out of the major media news cycles, however – as we shall see – there have been massive amounts of data lost and leaked for the better part of the last decade.

Today, information security is a priority issue not just for the IT or business sectors, but for everyone in all walks of life. The daily lives of millions or rather billions of people (around 40% of the global population, in fact) have today become enmeshed with the internet and with myriad technological devices that not only create a growing personal digital profile but also present further challenges to individual privacy and security. Intelligence agencies such as the United States’ NSA, the German BND or French DGSE – in addition to the scores of other agencies active around the globe today – keep constant tabs on everyone’s finances, movements, actions and even thoughts and feelings (as expressed in untold internet missives and social media posts). In contrast, it is mostly shadowy and anonymous networks of hackers, whistleblowers, and other tech-savvy causes that occasionally “leak” troves of information, thereby making public what was supposed to be hidden away from prying eyes.

On Sunday, 3 April 2016, news of the so-called Panama Papers took the world by surprise as a giant leak of more than 11.5 million financial and legal records records held by the Panamanian law firm Mossack Fonseca and pertaining to numerous high-flying figures in politics and commerce around the globe. More than a year ago an “anonymous source” (appropriately enough employing the pseudonym John Doe) contacted reputable German paper the Süddeutsche Zeitung and in view of the magnitude of the information the Germans decided to analyze the data in conjunction with the International Consortium of Investigative Journalists (ICIJ). The latter had the requisite experience, having previously also worked on Swiss Leaks (February 2015), Lux Leaks (November 2014), and before that on Offshore Leaks (April 2013).

The Panama Papers, however, are but the tip of the iceberg when it comes to data breaches. As reported by USA TODAY, an FBI official recently reported more than 500 million records have been stolen from financial institutions over the past 12 months as a result of cyberattacks. According to other reports, the world’s financial sectors are the most targeted, resulting in hefty costs and liabilities for organizations and customers exposed to identity theft and fraud.

The impacts to a business or agency’s reputation suffers greatly after a loss of data. Nearly two-thirds (64%) of consumers surveyed worldwide say they are unlikely to do business again with a company that had experienced a breach where financial information was stolen, and almost half (49%) had the same opinion when it came to data breaches where personal information was stolen. This is according to a recent global survey by Gemalto, a world leader in digital security, titled Broken Trust: ‘Tis the Season to Be Wary, which surveyed 5,750 consumers in Australia, Brazil, France, Germany, Japan, United Kingdom and United States.

According to the 2015 Cost of Data Breach Study: Global Analysis, the average total cost of a data breach for the participating companies increased 23 percent over the past two years to $3.79 million. The average cost paid for each lost or stolen record containing sensitive and confidential information increased 6 percent, jumping from $145 in 2014 to $154 in 2015. The lowest cost per lost or stolen record is in the transportation industry, at $121, and the public sector, at $68. On the other hand, the retail industry’s average cost increased dramatically, from $105 last year to $165.

A staggering volume of personal information has been lost or stolen even just looking at the period from 2000 until the present. Compiling a short list of some of the more recent, large-scale breaches may be helpful in gaining a quick overview of the size of this global issue. This is a brief list of companies, government agencies, and other entities that have had their sensitive data lost, stolen, hacked or otherwise compromised:

On June 4th 2015 the US Office of Personnel Management admitted that there was a breach in April and that the personal records of 4.2 million current and former government employees may have been compromised. This breach was linked by officials in the government to Chinese hackers though the Chinese government has vehemently denied this. The hackers it is believed entered OPM records after gaining access to the systems of KeyPoint Government Solutions sometime in 2014.

Former head of both the Central Intelligence Agency and National Security Agency, retired General Michael Hayden has said that the data breach is a “tremendously big deal” and “The potential loss here is truly staggering and, by the way, these records are a legitimate foreign intelligence target.” Believing the breach to have originated abroad, he fears that the stolen information will be used to help recruit spies in the U.S. and abroad while outing intelligence agents around the world.

One national security consideration of data breaches is that hackers could use information from government personnel files for financial gain. In a recent case disclosed by the US Internal Revenue Service, hackers appear to have obtained tax return information by posing as taxpayers using personal information gleaned from previous commercial breaches, according to information security analysis at Forrester Research. US Senate Intelligence Committee Chairman Richard Burr said the government must overhaul its cybersecurity defenses. “Our response to these attacks can no longer simply be notifying people after their personal information has been stolen,” he said. “We must start to prevent these breaches in the first place.”

The Need for Information Security

Data breaches have become a regular feature of modern life, and one that will have affected most of us by now. This will continue as long as efficiency and ease of data access trump security, a state of affairs which makes economic sense for many organisations, at least until they suffer their own data breach. Once a breach happens, the value of security becomes clearer. Data breaches are inevitable, and resources invested in advance can pay dividends when a crisis occurs. It takes maturity for organizations to recognise they cannot control the narrative after a breach becomes public, and that leadership involves being honest and transparent with stakeholders to maintain credibility in difficult circumstances.

There are a wide range of motivations for malicious hackers and data thieves, and without investment in measures such as threat intelligence, any government or organization could easily spend too much or too little time and money on prevention. Some organised criminal groups have capabilities equal to nation state intelligence agencies and will be capable of overcoming nearly any private sector attempts at information security. Their ability to operate globally, to reach an ever-increasing range of targets, also continues to improve.

Encryption is one vital aspect of information security

Encryption is a well-known technology that can restrict access, and its use has readily demonstrated its ability to render data useless to those who do not possess the key. This is exemplified by the uselessness of encrypted PINs and hashed passwords to cybercriminals. This is not new science or new technology; the power of cryptography to protect data is well-known and standardized.

Everyone, from individuals to organizations need to take stock of the protection of their sensitive information in order to ensure that they are fully prepared and engaged to deal with these ever-emerging data security challenges, before it’s too late.

Unless otherwise noted, the images made available on this website which are Australian War Memorial copyright are provided under a Creative Commons license.

Some of the images and content at the Rant Foundry may depict scenes of warfare, including human suffering or death, which some may find disturbing.

It may also include historically and culturally sensitive images, words, terms or descriptions; such material does not reflect the Foundry’s viewpoint but rather the social attitudes and circumstances of the period or place in which it was created.

is also listed at: